Auschwitz-Birkenau is a very special place, where cruelty of human reached the top. During the World War two Auschwitz-birkenau was one of the biggest concentration and extermination camps of Nazi Germany, where Polish and Jewish people were dying because of their nationality or their Religion. The heart-piercing exhibitions of Auschwitz-Birkenau Museum let you realize, about what happened here in that days. Some of the visitors cant stand this views, It is place for mentally strong people. There are thousands of possessions of prisoners like garments, shoes, suitcases, kitchen utensils, prisons letters and even prisons works of art. Visitors can see the collections of artificial limbs worn by victims, as also very shocking exhibition of hair. That will give You an overview of the size of Nazi cruelty.
Since the beginning of the World War II this was a place of extermination of at least 1.1 million people, including Jewish, Poles, Romani, Sinti, Soviet prisoners of war, homosexuals and Jehovah’s Witnesses. It was a place where Nazi Germans wanted to execute “Final Solution to the Jewish question”. The prisoners were killed with the Zyklon B in gas chambers, used as a labourers, or to medical experiments. Many of those died of starvation or infection diseases. 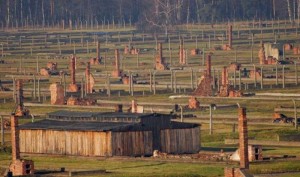 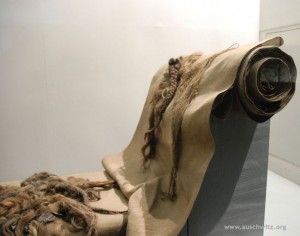 Exhibition of hair in Auschwitz-Birkenau

Prices of guide services with entry tickets to Auschwitz-Birkenau Museum:

The Price of the Tour includes: